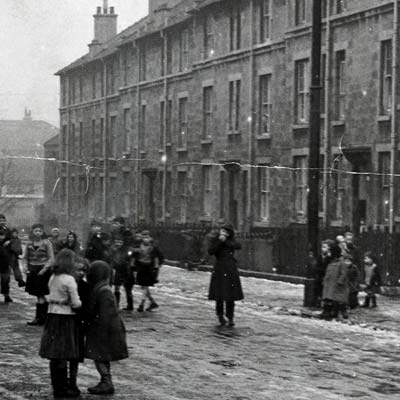 It was a pleasure to become involved as a contributor to the Shettleston Heritage project in 2014, our task was the creation of the mobile app 'Walking Back to the Future', following the significant locations of historical and social interest in Shettleston Glasgow.

Read more about Walking Back to the Future on the Facebook page for the project here.

In addition to the mobile apps for iPhone, iPad and Android tablets we produced a web app for users accessing the app using a browser on desktop or any type of device, this is available at www.walkingbacktothefuture.co.uk

This meant the content would be available to the widest variety of situations.

We were the technical lead on the project for delivery of the associated apps for the heritage trail, which accompany a printed trail map.

The trail was designed by Fuse Youth Cafe, Shettleston Housing Association and the Shettleston History Project.

It was funded by the Heritage Lottery Fund and was launched for the Glasgow 2014 Commonwealth Games as part of the wider legacy projects which were undertaken across the city in the lead up to the games.